What is a nic shot? 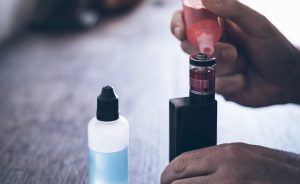 If you’re new to the concept of vaping and are unfamiliar with a lot of the terminology, you may be unaware of what many of the terms mean. A nic shot, for instance, is actually a common item that is used by many vapers for adding nicotine to e-liquid.

In this blog, we explain what a nicotine shot is, how they’re used, why they’re common and whether all nic shots are the same.

What is a nicotine shot?

A nicotine shot - often shortened to ‘nic shot’ - is typically a 10ml bottle of unflavoured nicotine liquid. Although packaged in a similar bottle to nicsalts and 50/50 10ml e-liquids, nicotine shots shouldn’t be added directly to an e-cigarette tank and vaped by itself. Instead, its intended use is to be added to shortfills and larger bottles of nicotine-free e-liquid.

Under the rules of the Tobacco Products Directive (TPD), there are restrictions around vaping products and the amount of e-liquid in individual bottles is limited. One of the most affected products are those that contain nicotine, with limits to products containing nicotine reducing the amount a vape-user can buy at any one time to 10ml. Prior to this change, vapers could buy as much nicotine as they wanted in larger quantities. However, as an alternative that adheres to the new rules, vapers must now combine a 10ml nicotine shot with a larger bottle of their chosen e-liquid if they wish to create liquids with a higher nicotine content.

Using a nicotine shot is a simple process. All you need to do is open the top of your nic shot and pour the entirety into nicotine-free e-liquid. However, it’s important to ensure that the nicotine shot and e-liquid share a similar ratio of vegetable glycerine (VG) to propylene glycol (PG), that you’re aware of the ratio of nicotine to e-liquid and that there’s enough space in the e-liquid bottle to house the nicotine. Fortunately, many modern manufacturers cater to the need to add additional nicotine to e-liquid manually. For instance, e-liquid bottles often include enough space for an extra 10ml of nicotine to be added by the vaper.

Are all nic shots the same?

Nicotine shots come in a variety of forms, and there are several reasons for this. For example, some nic shots offer flavours that are reminiscent of the taste and effects of smoking for people that are using e-cigarettes as an alternative to cigarettes. Alternatively, a vaper may choose a nic shot based on the ratio of VG and PG as it may be mixed with a shortfill that has particularly high or low levels of either ingredient.

Types of nicotine shot include: