How do e-cigarettes work? 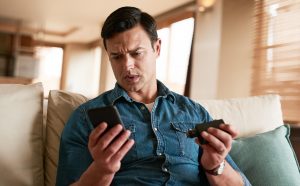 E-cigarettes are battery-powered devices that allow users to experience a similar sensation to smoking but without causing as much harm to their body. For anyone that is experienced with vaping, understanding how they work might come as second nature. But for anyone that is new to vaping and hasn’t tried it before, e-cigarettes, e-liquid and vaping in general may seem hard to fathom.

In this guide, we explain how e-cigarettes work, how you can use them and other important information that you will need to know before vaping for the first time.

How to use an e-cigarette

In an effort to advise anyone that is new to vaping, we’ve outlined some of the key considerations involved with vaping such as how to vape, how e-cigarettes work and how you carry out key tasks such as charging the battering of your e-cigarette and refill it with e-liquid.

But first, it may help to understand the parts involved in an e-cigarette and what they do. Unlike a regular cigarette, e-cigarettes have several different components that offer certain uses and purposes.

Components of e-cigarettes and their purposes:

When you first receive your e-cigarette, check that all of the components are in the box and, assuming they are, charge it until it’s fully charged. As with any electrical device, charging it fully before using it for the first time should ensure you get the most out of the battery.

Vaping with an e-cigarette

Although similar to smoking a cigarette, vaping using an e-cigarette requires some thought as vaping incorrectly could lead to coughing and an unpleasant burst of nicotine into your system. In fact, there are two different methods of vaping: mouth-to-lung and direct lung.

Alternatively, some vapers opt to utilise a method that is reminiscent of smoking a cigar. It works by breathing the vapour in and out as you would a cigar. Instead of focusing on moving the vapour towards the lungs, vaping in this way allows the vapour to be entered into the system by being absorbed through the mucus membranes in the mouth.

Once you’ve used up the e-liquid in your e-cigarette, you will need to refill your tank. For many e-cigarettes, refilling is a simple process that only requires you to remove the cap at the top of the tank and pour the e-liquid in.

The Voopoo Argus GT, for example, is similarly simple. All you need to do is disconnect the tank from the e-cigarette and find the rubber topper at the bottom. You should then insert your e-liquid bottle into the tank, lean it against the inside of the tank to avoid contact with the atomiser in the centre and slowly squeeze in a few drops.

Along with refilling the e-liquid in your e-cigarette, you will also need to charge the battery. E-cigarettes will typically last a few hours before running out of battery, and you will often know when it’s time to recharge as an LED light will usually light up to indicate that the battery is low.